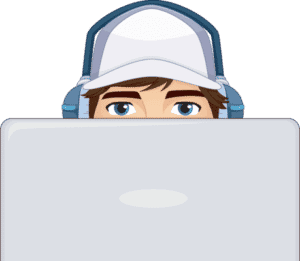 It’s no secret that I’ve been against investing in streaming services for a while (like Spotify or Netflix) since they add up to be more expensive than buying the media that you stream from these services. Not to mention that once you cancel your subscription, you lose access to all the media you streamed, making your investment worthless. I was pretty strong on my position, that is, before I finally caved into my phone’s persistent plea to sign up for a trial of one of these streaming services, which I will refer to as Orange. It was without a doubt an addicting and joyful experience. But like all great things, it had to come to an end. The Orange trial ended exactly three months later, as did all my access to the songs I streamed.

I had three options after I lost access to Orange. I could have officially signed up for the service, paid for the individual songs themselves, found another way of legally streaming them (i.e. YouTube or Vevo), or found a way to download the songs without paying for them.

Some people might assume that illegally downloading music (or videos) may be no harm no foul, but it is a pretty big foul. The content creator, whether it be Taylor Swift or Medina, go unpaid for their work, discouraging the artist from creating more music. While it seems that one person might not hurt their wealth, you might not be the only one thinking that and eventually it adds up. Illegal downloads is essentially the same as shoplifting, and like shopping, your activity is being monitored. Stores will check to see why their inventory is disappearing and law enforcement also keeps an eye out for torrent sites, like Pirate Bay, and shuts them down. Furthermore, your IP address is permanently logged onto the torrent site, so if you did download something, the log will show it which could be used against you in court.

Streaming services and purchasing your own music might be expensive, and I’m not arguing that. However, the price is justified when you think about the right you are doing society by paying up to stream Shake it Off for hours on end.