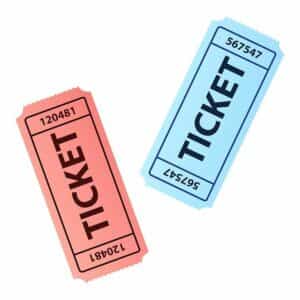 There’s no shortage of articles on the Internet about dying stores, malls, and restaurants due to the internet and the younger generation. Each published article seems to blame a change in consumer habits, a failure to manage spending after the 2008 recession, and a high on-time delivery expectation set by Amazon. Movie theaters were hit especially hard after 2008, since consumers were trying to save as much money as possible. Over time, as the economy recovered from the crash, people started going back to the theaters but not as frequently as before. At the end of last year, I came across a list of all the new movies that would be coming out in 2018. I knew I had to see some of them – at the very least, Marvel’s Infinity War (go now if you haven’t seen it yet). Around the same time, I found a deal on a service called MoviePass, a movie theater subscription where you could go see one movie a day for a small monthly charge. I signed up for a year, which came out to be about $7.50 a month. This was a huge savings for me, given that the cheapest movie ticket in my area is $10.50 (unless I go on Tuesday). Just one visit a month was worth it, but twice would really be saving me money. It allowed me to go see movies I wouldn’t normally see in theater and not feel like I was gambling my money.

But all good things must come to an end. MoviePass is actively bleeding cash and consistently changing their Terms of Use (ToU). Recently, they removed their most popular monthly subscription for new users, allowing them to see one movie per day per month, but brought it back ten days later with the restriction that you can’t see the same movie twice. Some users have reported that the app now requires them to submit a photo of their ticket stub at the end of their visit or be banned from using the service. Once banned, there is no way to resubscribe to the service as listed in the always changing ToU. It also lists in the ToU that users can be banned without warning. This happened to some users back in February and they had no way of disputing their ban. They also have the ability to ban some theaters, which I believe has only happened with some AMC locations. On one hand, this service is a huge welcome to penny savers, but on the other hand, their constantly changing terms are frustrating to keep up with.

Certain institutions, such as bulk warehouses (like Costco) and insurance offices (like AAA), offer discounted movie tickets for around $8 dollars, only 50 cents more than I’m paying now per month. If I cancel my MoviePass subscription and only go to the theater twelve times or less per year, I won’t be spending more and I’ll avoid playing Keeping up with the MoviePass. I’ve spoken out against subscriptions before, how it’s an investment where you won’t see a penny after you quit and how you’re limited on what is being offered. This one is no different. Advertising may try to convince you otherwise, as it did with me, but the frustration I’ll avoid in the long run by paying per ticket is well worth it to me.