Tips for Teens – The Benefit of Buying in Bulk 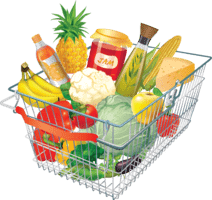 Lately I’ve been buying peanut trays at Costco. Basically, it’s a bunch of different nuts and dried fruit in a tray and there are three trays per package, which costs about $6.00. It wasn’t until I ran out that I realized I was getting ripped off. Instead of buying these trays, I could have bought $6.00 worth of nuts in bulk which would have given me more for the same amount of money. Even better, I could have chosen which nuts I wanted and how much I wanted of each. So it got me thinking, how could I quickly compare bulk items to standard sized items when I’m shopping?

The answer is actually really simple. Divide the price by the weight of the product to get the price per ounce and use that to compare similar items. For example, sometimes you can purchase two standard boxes of cereal (ex. 14 oz each) instead of the family size (ex. 20 oz), and it actually costs less per ounce for more product. The same can be true in reverse. If the family sized box of cereal is on sale, it may be cheaper per ounce than buying the standard size.

Quick Tip: Grocery stores usually list the price per ounce right on the price tag. You can really maximize your shopping budget when you pay attention to these numbers.

The only downside to buying in bulk is that you have to spend more upfront for your “little curly wooden shavings you find in pencil sharpeners” (guess who said that). But I argue that it’s a good trade off since you don’t have to shop as often, and you’re going to eventually consume all of the cereal. Plus, you’ll have extra money for, oh… maybe a chocolate bar.