Tips for Teens – Use Direct Communication to Save on Frustration 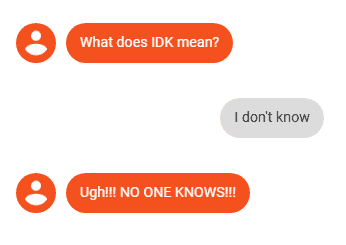 The year is 2011. The iPhone 4S made its debut, Adele was slaying Billboard’s hot 100 with “Rolling in the Deep”, and I was given my first cell phone as I moved from elementary into middle school. It was a Motorola Razer, capable of withstanding drops with its scratch/crack anxiety proof screen, and equipped with a battery life lasting days, not hours. It also lacked emojis, but made up for it with cool emoticons. Like all phones, it served its purpose. Well, at least until it was eventually retired. I sent it into solitary confinement until I needed to use it again while my newer phone was in repair. Moto’s Razer was made before apps became mainstream, so I had to go back to no Instagram or Snapchat. It also meant telling my friends to dust off their SMS app and get used to seeing green in iMessage for the foreseeable future. As for me, I had to get used to using : ) instead of the smile emoji again.

Communication since then has come a long way, getting more and more advanced as time goes on. Recently Google announced Google Duplex, an addition to their Google Assistant that is capable of placing phone calls on the user’s behalf to schedule hair appointments, reserve a table at a restaurant, or check to see if a business is open during a holiday. In other words, Google Duplex calls businesses and talks with live people for you to accomplish simple tasks with no human intervention necessary. Unless, of course, it absolutely can’t figure out how to solve an unforeseen issue, such as a random question not pertaining to the nature of the call or a logical error.

Google Duplex proves that human interaction is necessary. Effective communication is at the center of everything we do, but communication can be complex. The use of body language (i.e. facial cues and hand movements) and auditory cues (i.e. tones, pitch, force) facilitates the expression of what it is we’re trying to convey, which can be lost when we use text. According to a 2014 survey by the Pew Research Center, 75% of teens connect with a close friend either by text or social media while only 10% connect though a phone call (Pew Research Center Teens Relationships Survey). In other words, as more communication happens over text, the more important it becomes to effectively convey the meaning and intent of our message. How many times has a text gone south because it was misread or misinterpreted?

Taking the time to stop and think about the most straightforward way of phrasing something is key to avoiding mishaps. Sometimes, we as the audience can’t understand the author’s intent, so we have to make assumptions based on the contextual clues. Rather than making the audience assume the intent, it’s okay to take a stand and express an opinion directly; this incites debate and conversation which ultimately leads to a broader understanding of a topic. Oh, and don’t forget to use emojis in text messages to help express the tone a little better.

When in doubt, just say what you need to say. It will make more sense then beating around the bush.